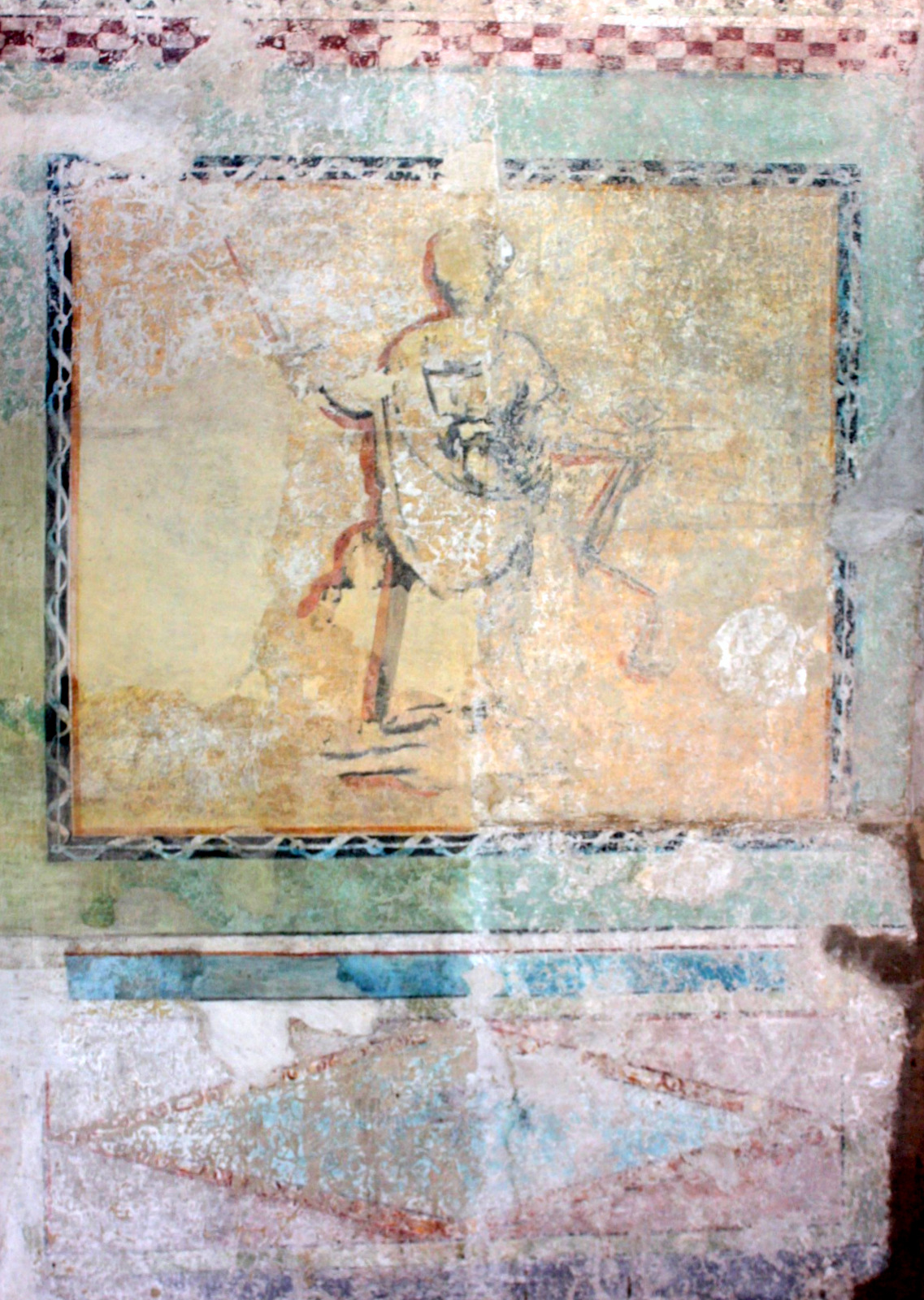 In this detail from a mural painting panel at Calle Obrapía 158 (better known as the Casa de la Obrapía), we see the figure of Justice holding a sword and balance. A stark white and black frame surrounds the figure. The residence originally belonged to the Calvo de la Puerta family, a prominent creole family and owners of the Peñas Altas plantation, the site of the first slave uprising in the Aponte rebellion. After the mid-eighteenth century, the house entered the possession of Nicolas Castellón y Pereira, then alférez mayor (senior town council member) (Weiss 1979a, 99). Interestingly, researchers found the painting, along with representations of the judgment of Salomon in a rooftop construction. The art historian Adelaida de Juan notes that paintings of a satyr-like figure, Ceres, and another figure of Justice also decorated nearby walls (de Juan 1996, 73-74). The room with these murals apparently sat in close proximity to quarters for enslaved laborers. A painted figure of Justice next to the rooms for enslaved servants certainly invites speculation, although more research is needed into the possible commissioner of the works and their dates vis-à-vis the building’s construction and additions.

The presence of allegorical and Roman mythological figures in these mural paintings connects to Aponte’s use of the same visual tropes throughout his “book of paintings.” He even includes an image of Ceres and her room on lámina 55. Of course, we do not know if Aponte saw these particular paintings, but their existence suggests they may have been prevalent as subject matter in other mural paintings in Havana.