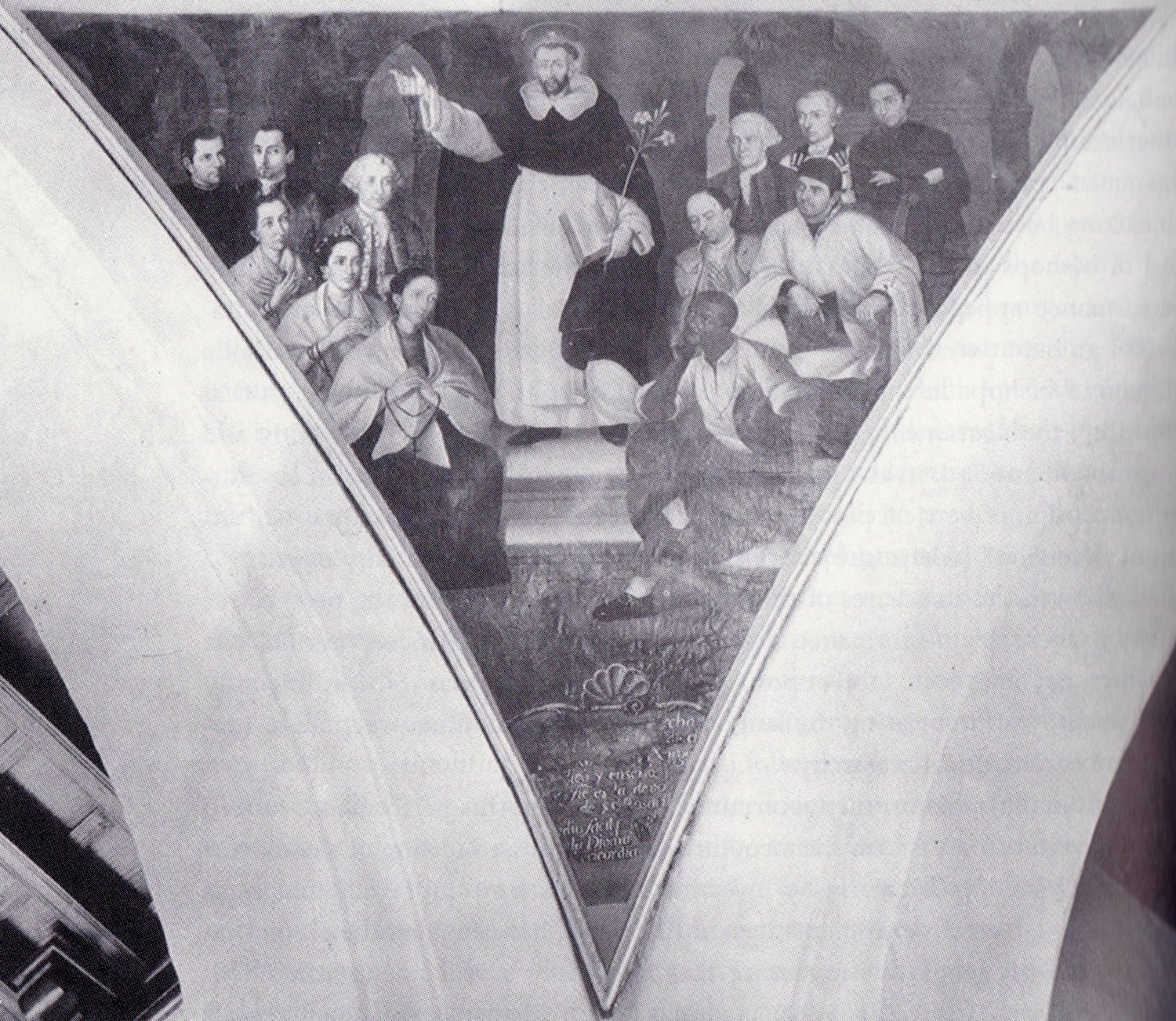 José Nicolás Escalera (1734-1804) achieved fame as a painter of religious works, although he also worked in other genres. Listed in a book of “Baptisms of Whites,” he was born was born to Agustín de Escalera, from Gijón, Spain, and Manuela Dominguez, a “native of this city [of Havana]”(Sánchez Martínez 1981, 150). Escalera painted in a style influenced by baroque drama, often using chiaroscuro (strong tonal contrasts between light and dark). He fulfilled commissions for churches and convents, including the convent of San Felipe Neri, and sketched uniform designs for the local militias of whites and blacks, sent by the inspector general Alejandro O’Reilly to Julian de Arriaga, secretary of state of the Ministry of Marine (Romero Estébanez 1986, 6). Though now lost, Escalera also painted portraits for a gallery at the Real y Pontificia Universidad de San Gerónimo de La Habana. He completed his most famous commission at the request of José Bayona y Chacón, the Count of Bayona, for his church at Santa María del Rosario on the outskirts of Havana. Both whites and enslaved men and women used the church.

Escalera contributed four pendentive paintings that narrate the story of the “origins of the rosary associated with the legendary apparition of the Virgin to Santo Domingo de Guzmán” (Lugo-Ortiz 2013, 212). She is believed to have presented him with a gift of the rosary. In the last of the paintings that we see here, Escalera represents the first known oil portrait of an enslaved man in the colonial Spanish Caribbean. He depicts the man, in the lower right corner, wearing a pristine white shirt with a rosary around his neck. He turns his face upward as if to listen to the robed, sculptural figure of Santo Domingo de Guzmán and rests his head on his right hand. José Bayona y Chacón likely sits immediately to the left of the figure of Santo Domingo with his family filling the rest of the canvas.

Agnes Lugo-Ortiz writes that Escalera’s portrait likely represents an enslaved man who cured the first Count of Bayona of gout. She notes that the portrait departs from early modern European portraits that represented enslaved servants admiring their masters from positions of subordination. In Escalera’s work, the enslaved man occupies a prominent position and embodies a moment of spiritual contemplation. She says: “Bestowed with grace and embracing Christian teachings that once eluded him, placed within a familial world, and portrayed with full bodily integrity, in this visual story the slave’s head – as if in the ultimate act of redemption by representation – seems to have finally found the totality of being, whether moral/intellectual, cultural, physical, it once brutally lost” (Lugo-Ortiz 2013, 222).