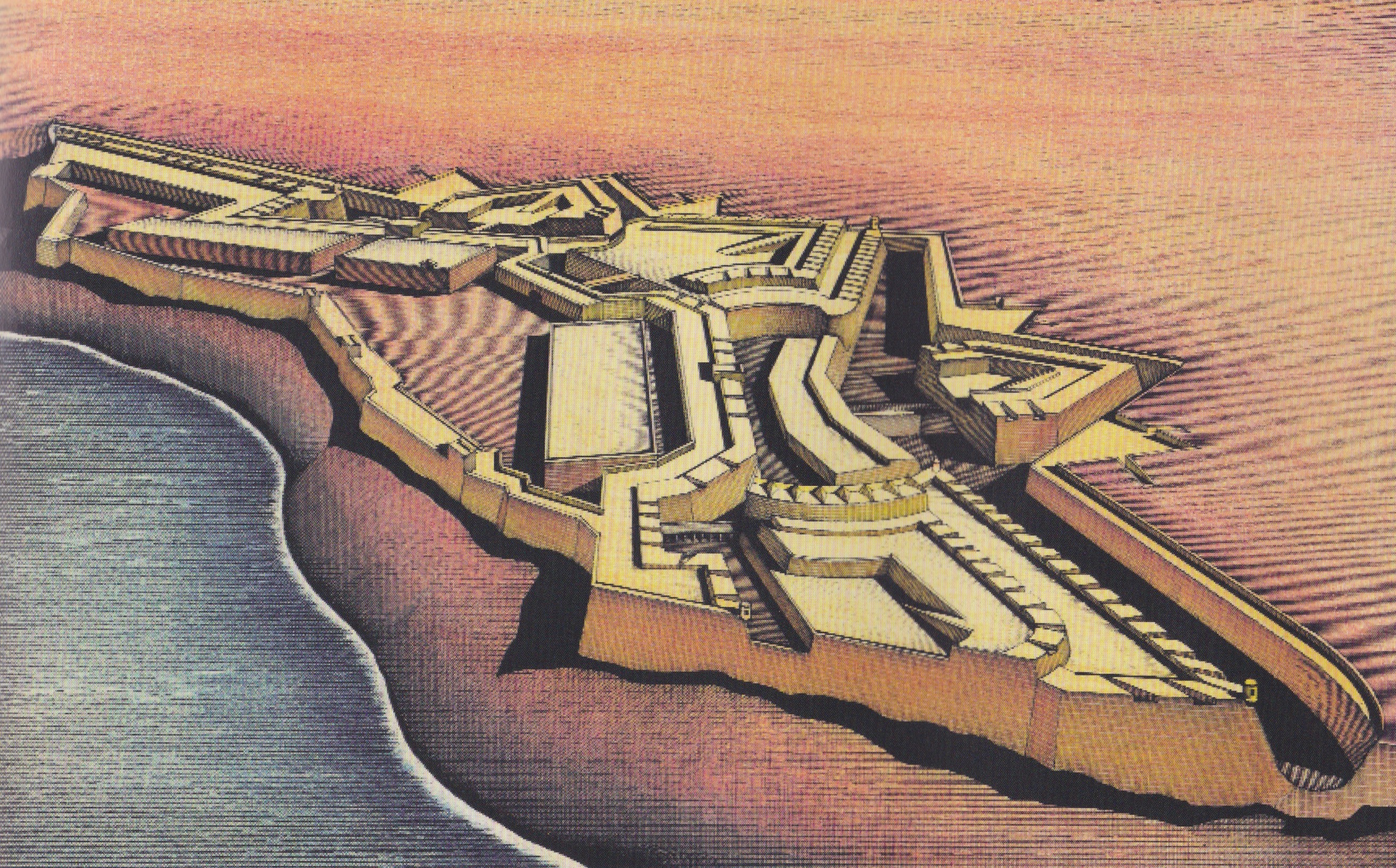 During the Seven Years’ War (1756-1763), the British navy invaded Havana in response to an alliance formed between the Bourbon kings of Spain and France. At the time, Havana operated as Spain’s principal and largest port and therefore stood as a major target for attack. Roughly a year later, the British retreated from the city following the signing of the Treaty of Paris, in 1763, by Great Britain, Spain, and France, which formally dissolved the war. The British invasion of Havana was particularly significant, among other things, for revealing major deficiencies in the city’s fortifications. Prompted by this realization, the restored Spanish Crown implemented a large-scale campaign to repair damaged fortresses as well as construct new ones. That same year, Spanish engineers directed the construction of La Fortaleza de San Carlos de la Cabaña, along with the Castillo de Atarés and, later, the Castillo del Príncipe.

La Cabaña sits on a hill near El Morro, both across the bay from the oldest part of Havana. The British gained control of the city from this location, thus exposing it as central to the city’s defense. The fortress is made up of a solid wall on the west side, which runs along the water’s edge; on the east side, three bastions jut out on the hill’s slope. Upon completion, La Cabaña was the largest fortress in the colonial Americas.

Aponte includes La Cabaña along with other locations around the bay of Havana as the setting of various allegorical and historical vignettes on láminas (pages) 8-9. During his trial, he describes an allegorical representation in which the guard of commerce tries to impede contraband trade but only meets death. He includes a portrait of Manuel Godoy, Spain’s prime minister, upon his elevation to the title of Admiral of Spain and Protector of the Indies and Commerce (Ferrer 2014, 322). To the right, he says there is a black man next to the boat that brought news of Godoy’s elevation. Aponte places the boat in the bay of Havana, surrounded by the “Castles of the Punta the Morro with the Cabaña the Marina dock and Casablanca” (Pavez Ojeda 2006a, 724). Aponte also describes, after the entrance to the bay, a raft from which greed jumps onto a dock to battle with death. To the right of this, Aponte points out the Customs House, the Military Headquarters, the Government Palace, the Post Office, the Consulate, Santo Domingo church, and the ceiba tree near the Fuerza fortress. All of these locations stood on or around the Plaza de Armas, the city’s oldest plaza and the closest plaza to the entrance to the bay.

Aponte depicts La Cabaña on lámina 23 as part of what appears to be a map of Havana. In his testimony, he begins describing the map first in terms of locations near the entrance of the city, like the Campo de Zamora, and then follows the perimeter of the city’s walls to locations on the other side of the bay. Toward the top of the page, he says, one can see the Morro Castle and Cabaña Castle with their roads, stockades, and entrances. At the end of his description, his interrogator José María Nerey, asks why he had made the map in which he had so precisely delineated the entrances and exits of the city along with its fortresses. Aponte replies that he “had only in mind the idea of entertaining himself with the drawing with no other intention[…]” (Pavez Ojeda 2006a, 729). Aponte’s opaque, and somewhat defiant, answer here may attempt to obfuscate the use of the map for the organizing of slave rebellions. Or, Aponte may simply be stating the truth: that he found enjoyment in bringing his artistic vision to fruition through his “book.”