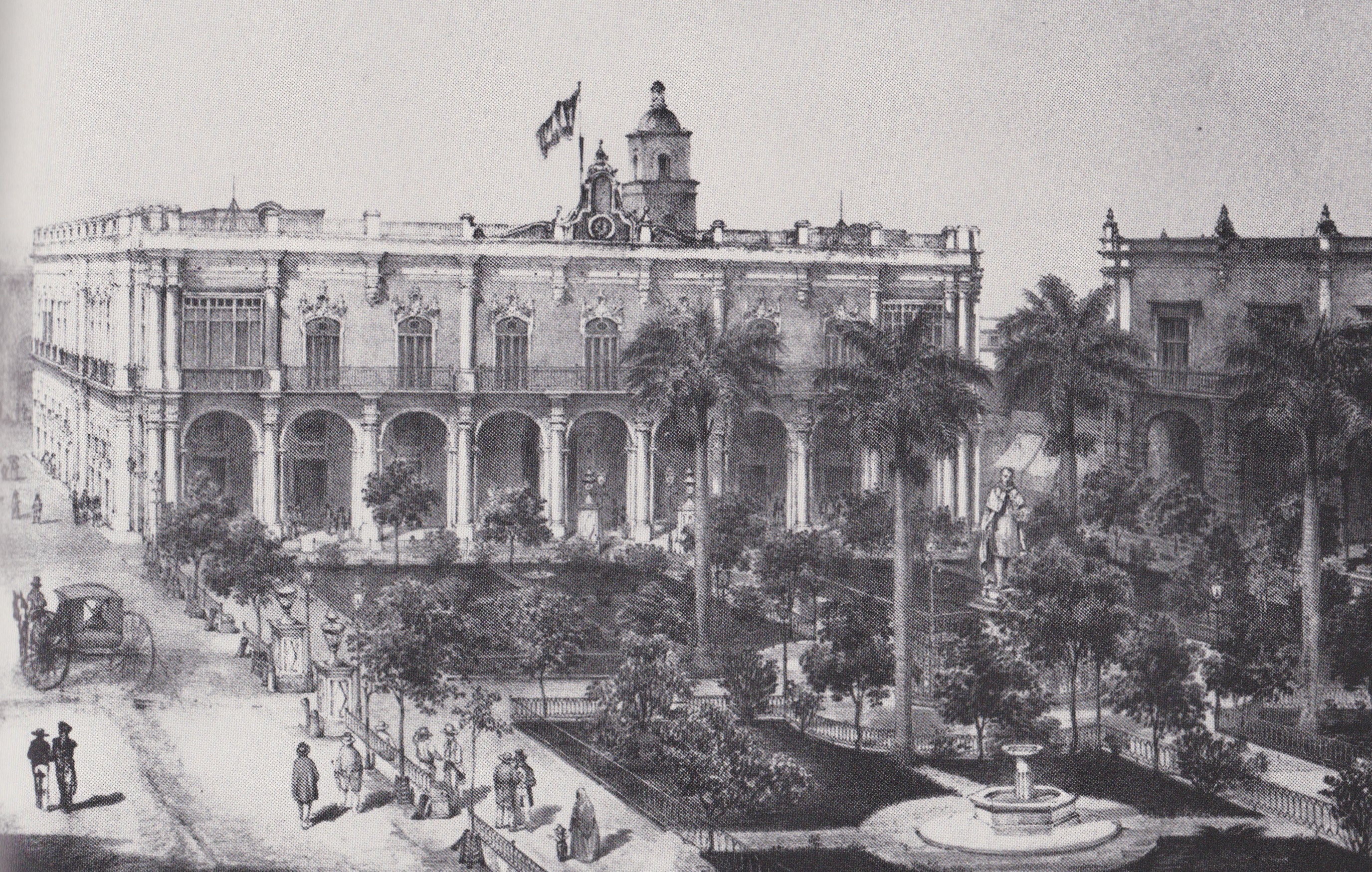 We include this print in the gallery for the representation of the Casa de Gobierno, which dominates the composition, and the Plaza de Armas, even though it was produced after Aponte’s lifetime. Aponte includes the Casa de Gobierno, calling it the “Government Palace,” on láminas 8-9. He establishes this location, along with others around the bay of Havana, as the setting of various allegorical and historical vignettes. In the trial, he describes an allegorical representation in which the guard of commerce tries to impede contraband trade but only meets death. He includes a portrait of Manuel Godoy, Spain’s prime minister, upon his elevation to the title of Admiral of Spain and Protector of the Indies and Commerce (Ferrer 2014, 322). To the right, he says there is a black man next to the boat that brought news of Godoy’s elevation. Aponte places the boat in the bay of Havana, surrounded by the “Castles of the Punta the Morro with the Cabaña the Marina dock and Casablanca” (Pavez Ojeda 2006a, 724). Aponte also describes, after the entrance to the bay, a raft from which greed jumps onto a dock to battle with death. To the right of this, Aponte points out the Customs House, the Military Headquarters, the Government Palace, the Post Office, the Consulate, Santo Domingo church, and the ceiba tree near the Fuerza fortress. All of these locations stood on or around the Plaza de Armas, the city’s oldest plaza and the closest plaza to the entrance to the bay.

The Casa del Gobierno, to the left in the print, along with the Casa del Correo (which we see partially to the right), made present the Spanish Crown as they stood as symbols of Spanish imperial power. The Marqués de la Torre intended for the Casa de Correos to serve as a model for the Casa del Gobierno so that the two buildings provided visual coherency on the plaza. Work began on the Casa de Gobierno in 1776, and the building was inaugurated in 1791 (although construction continued through 1834). The architectural historian Joaquin Weiss describes the style of the first floor of the Casa de Gobierno as “classical baroque” with its robust Roman arcade. The second floor, he says, exhibits a more frank baroque style with adjoined columns separating windows decorated with curvilinear flourishes, similar to those on the nearby Cathedral (Weiss 1979, 86). The Casa del Gobierno served as residence for the Captain General, a meeting place for the ayuntamiento (city council), and also as the site for a prison. The Captain General stood in as a local representative for the Spanish King, to whom Aponte directed his “book of paintings.”