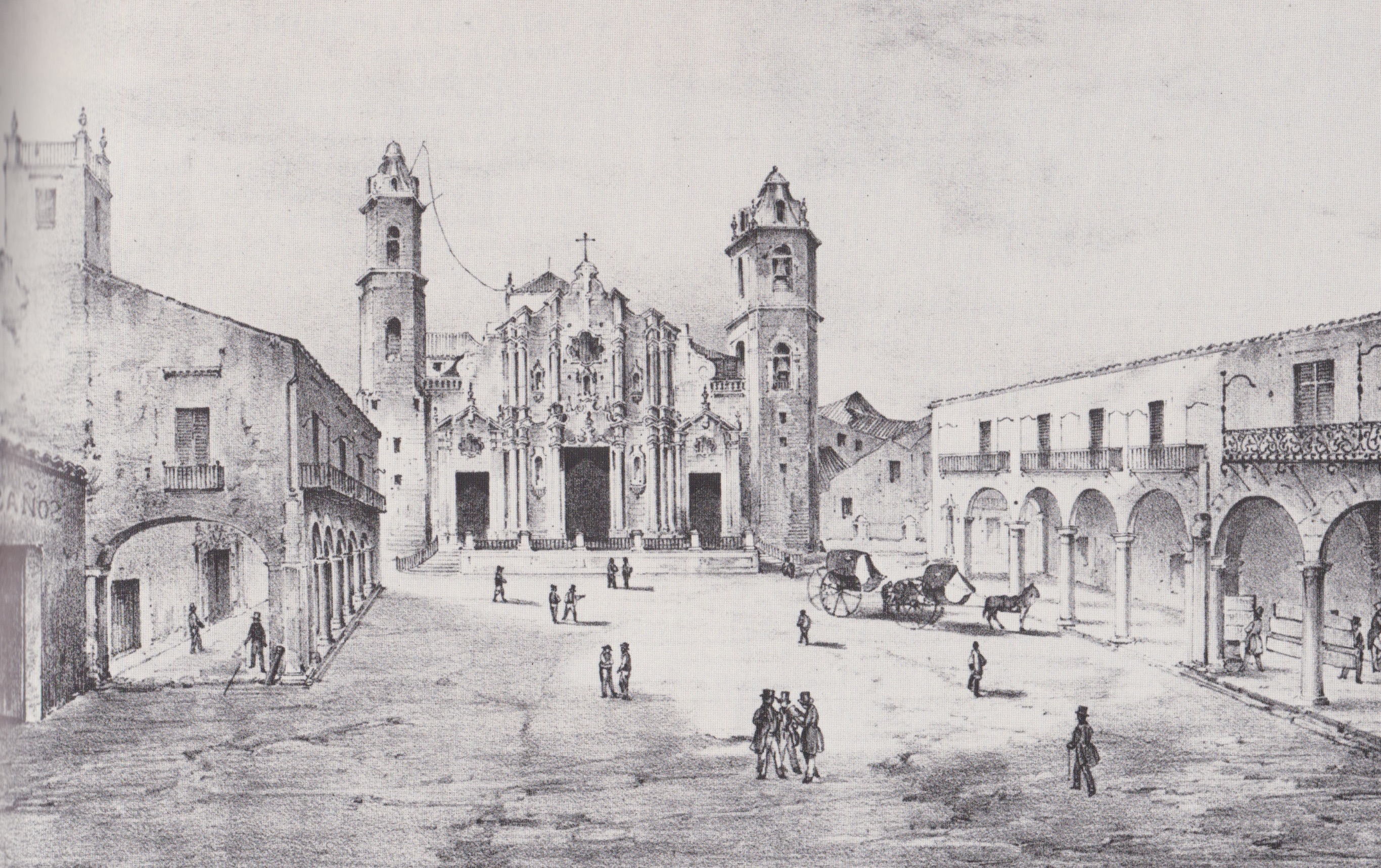 Like the other prints by Frédéric Mialhe in this gallery, we include it for the view it provides, although the print was produced after Aponte’s lifetime. Here, we see the cathedral of Havana from across the plaza with private residences lining either side. On lámina 23, Aponte depicts the cathedral as part of what appears to be a map of Havana. During his testimony, he begins describing the map with locations near the entrance to the city via the bay, such as the Campo de Zamora, and moves on to other areas like the neighborhood of Jesús María. He then circles back to locations near the bay entrance, including various docks and the cathedral.

The cathedral, finished in 1777, follows the plan of a Latin cross and lateral chapels. The cathedral’s façade is perhaps its most impressive aspect and is often cited as an example of “Cuban baroque.” The façade’s broken concavity provides a sense of undulation and allows for contrast in light and shadow. The rolling cresting atop the cathedral also adds to a sense of motion. Aponte’s inclusion of the cathedral, on lámina 23, underscores its importance as a beacon of Catholic religiosity for the city and perhaps references his own devotion to the Virgen de los Remedios.