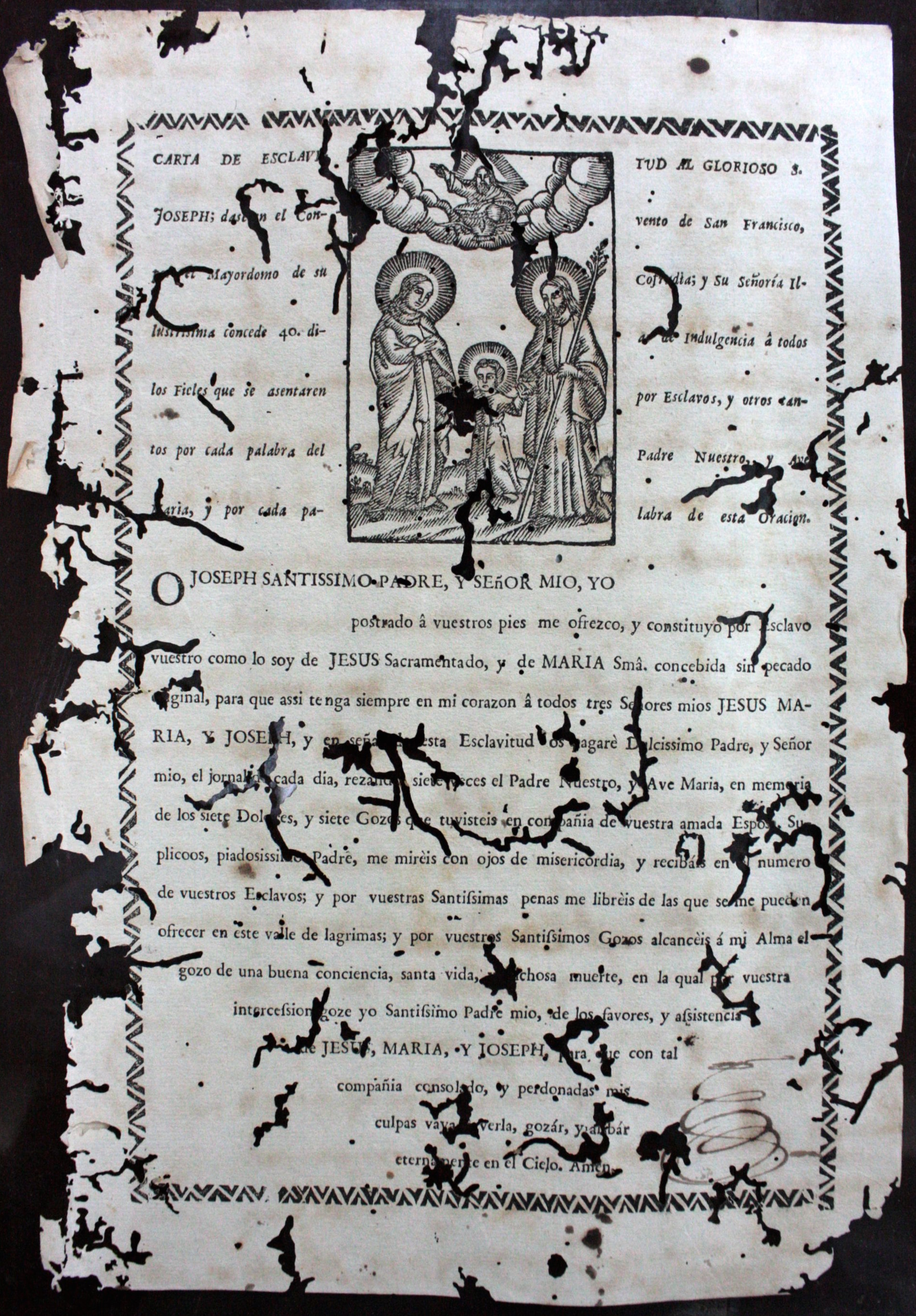 At the top of the prayer card, a text exclamation of devotion to St. Joseph surrounds a framed image of the holy family in the center. An omniscient God, floating in a ring of clouds, holds his right arm outstretched above the family. Mary and Joseph each hold hands with Jesus. The bottom half of the sheet features a prayer to St. Joseph. The prayer card was likely printed in Havana, as by 1791, seven printing houses were in operation (Fornet 2002, 13). Lithographic presses did not begin operating robustly in Havana until 1839 with the establishment of two shops run by Spaniards, although reports of earlier lithographic presses date to 1822 (Lapique Becali 2002, 19). Religious prints circulated widely in the colonial Americas, often produced for the public celebration of masses, saints’ feast days, and other special occasions.

The cofradía‘s devotion to St. Joseph echoes Aponte’s own apparent personal devotion to the Virgen de los Remedios. When colonial Spanish officials searched Aponte’s house, they found an image of Remedios (along with the Virgen de Guadalupe and the Señor de la Sentencia). They also found blank cloth with which Aponte’s conspirators planned to make a flag decorated with an image of Remedios. As historian Ada Ferrer notes, “The Virgin chosen by Aponte was thus a multivalent figure: a protector of men such as Aponte’s grandfather who had battled the British decades earlier and an enemy of the patron saint of the popular forces fighting for an end to slavery and Spanish rule in Mexico” (Ferrer 2014, 296-297).