José Antonio Aponte was a free black man, born in Havana sometime around 1760.

He was a veteran of Havana’s free black militia (local colonial Spanish units), where his grandfather and father had also served. His grandfather Joaquín Aponte and father Nicolás Aponte had defended the city of Havana against the British siege of 1762. Aponte himself participated in the capture of the Bahamas from the British during the American Revolution. 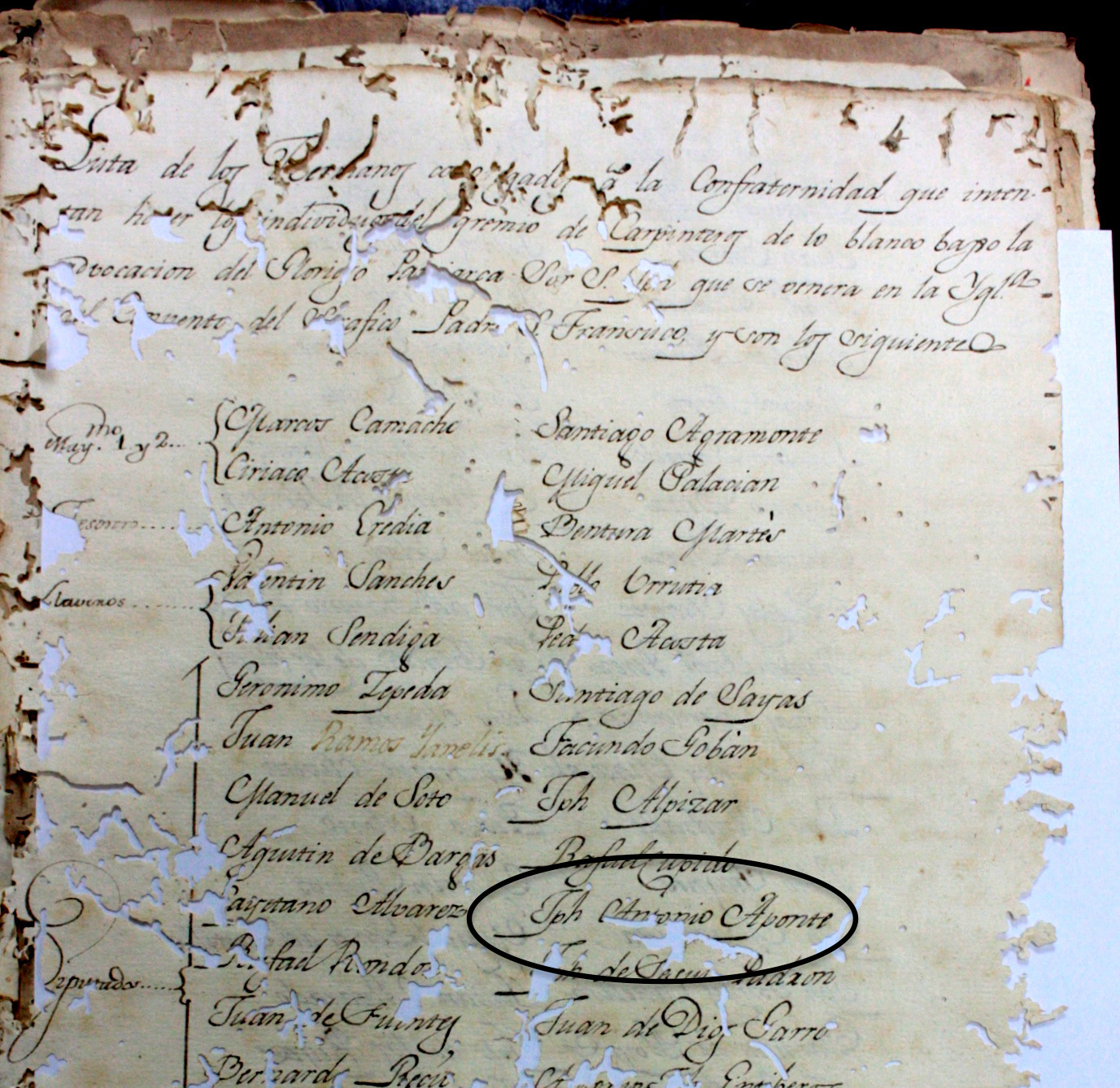 Aponte worked as a carpenter and sculptor. He made cabinets, including perhaps the ones that housed the collections in Havana’s first museum of natural history. He also carved beautiful religious statues for the city’s colonial churches. He made a carving of Jesús Peregrino (Jesus Pilgrim) that he placed over the door to his house. It was so impressive that his street came to be known by the same name. Aponte appears to have worked out of two workshops: one near the Church of Santo Cristo, inside the city walls, and another at his home, in the neighborhood of Guadalupe, outside the city walls. Guadalupe was home to many free people of color, many of whom worked as artisans and artists in Havana. Aponte joined with some of them to petition for the foundation of the Cofradía de San José, whose members dedicated themselves to carpintería “de lo blanco,” which included fine carving and detailing.

Aponte was also an artist who created what we know today as a “book of paintings.” In this work of art, Aponte collaged together drawings and paintings and cut images from books, prints, and decorative fans. He represented a wide array of scenes: Greek and Roman gods; black men as emperors and priests; stories from the Bible; scenes from Ethiopia and Egypt, Rome and Spain, Havana and the heavens. In the book, Aponte appears to represent a diasporic black history that connected the shores of Cuba to faraway lands like Ethiopia. Although the book is believed to be lost, Aponte’s descriptions of these pages survive in the trial record.

Aponte was put on trial for conspiring to plan slave rebellions beginning in March 1812. At the end of the trial, Aponte was sentenced to death. He was hanged in public on April 9, 1812. His head was severed from his body and placed in a cage about a block and half from his house, at an important crossroads in the city, where everyone would see it.